Stock, broth, and bone broth are the savoury liquids building blocks for so many recipes, including soups, sauces, and braises. But are these just three different names for the same thing? Not exactly. Although they are very similar (and even talked about and used interchangeably), they have some differences. Here’s what you need to know.

When it comes down to it, bone broth, stock, and traditional broth share many similarities, but three subtleties set them apart: the ingredients, cook time, and the presence (or lack) of seasoning. Stock and broth are often used interchangeably in making soups and sauces, but they have slight differences. Stock is made from simmering roasted bones with vegetables.

The broth is made from simmering roasted or raw meaty bones and vegetables with added meat. Both stock and broth need to simmer for three to four hours. Bone broth is made with roasted bones, but it needs to simmer for up to 48 hours. Looking for beef bone broth? Look no further! Bone Broth has you covered. 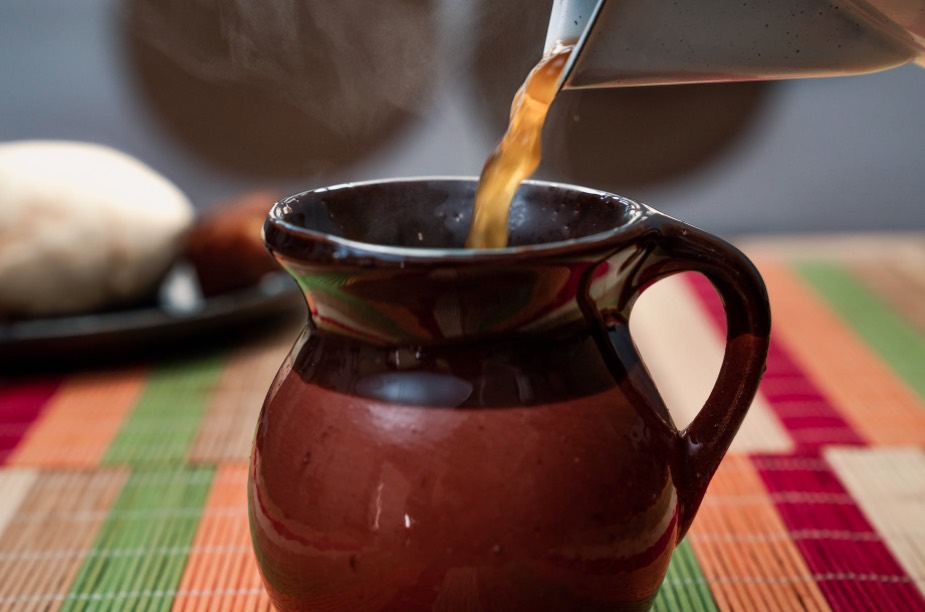 The Difference Between Bone Broth, Stock, and Broth

When it comes down to it, bone broth, stock, and traditional broth share many similarities, but three subtleties set them apart: the ingredients, cook time, and the presence (or lack) of seasoning.

Stock is made by simmering a combination of animal bones (which typically contain some scraps of meat), mirepoix (a mixture of onions, carrots, and celery) in water. Stock is cooked for anywhere from two to six hours on the stovetop. This length of cooking means stock doesn’t typically yield a thick or gelatinous texture, nor is it likely to gel quite the same way bone broth does when chilled. As a result, the stock is always left unseasoned.

Stock is water simmered with a combination of vegetables, herbs and spices and chicken or beef bones. The bones are sometimes roasted and sometimes will have meat still attached. The ingredients are usually cooked for about three to four hours and then strained to keep only the liquid when making stock. The long, slow cook aims to extract all the tasty flavours and thickening agents such as collagen and gelatin. The gelatin is what’s most noticeable. It has been chilled, refrigerated or frozen. It gives the stock a Jell-O-type consistency!

The broth is made by simmering meat (which can contain bones but does not have to), mirepoix (a mixture of onions, carrots, and celery) in water for a relatively short time usually under two hours. Unlike stock, the traditional broth is typically seasoned. It finishes as a thin, flavorful liquid that does not gel when chilled and is used in all the same ways you’d use stock, including soups, sauces, and braises.

The easiest homemade broth: Poaching chicken breast with a mixture of aromatics and salt will leave you with a light and flavorful chicken broth — not to mention a tender chicken ideal for salads or soups.

The broth is generally vegetables and meat that have simmered for only two hours or less than a stock or bone broth. The goal of broth is to achieve a flavorful yet light liquid that can be used as a base for soups, add extra flavour when cooking whole grains and act as a substitute in recipes where butter is called for. Also, unlike stock and bone broth, the regular broth doesn’t thicken when chilled.

What Is Bone Broth?

Bone broth is most similar to stock. It is made by simmering animal bones (typically chicken bones, beef bones, or a combination of the two), which can have bits of meat still attached or not, and vegetables (typically mirepoix) in water for anywhere from 12 to 48 hours on the stovetop. It has the longest cook time of the three, which results in thicker consistency due to the collagen-rich gelatin pulled from the bones. Additionally, bone broth is always unseasoned, although some recipes (including ours) opt for a splash of apple cider vinegar, which helps extract nutrients from the bones.

Bone broth is stock with a bonus! It’s simmered for a much longer period–our recipes call for 8 to 24 hours–and some cooks recommend up to 48 hours. The goal is to release all the nutritious things like glucosamine, amino acids, electrolytes and more. It’s a strained, store, ande is used in recipes that call for stock and/or bone broth. You might also heat up and drink the bone broth to help keep pesky colds at bay.

Broth vs. stock vs. bone broth

When browsing grocery store aisles, you’ll see boxes and cans of broths, stocks and bone broth. All three share basic principles: meat (and/or vegetables) and water, but the amount of each in a pot, other elements, and cook time are what makes them distinctive.

The broth is the thinnest of the three. It starts with meat (either on or off the bone) or vegetables and seasonings like aromatics (onion, carrots, celery), herbs, salt and pepper. Broth doesn’t need to simmer for a long time — less than two hours. It is best used in soups with numerous other elements or a more flavorful swap for water when boiling vegetables, potatoes or grains.

Stock is the next step up and is made with animal bones (possibly with some meat left on them) and possibly some herbs or aromatics, but the real goal is to let the flavour of the meat shine. Finally, it’s simmered for a longer time, between two and six hours. Stock is also wonderful in soups and hearty stews and is better suited for sauces and gravies than broth. Bone Broth has a wide range of chicken bone broth in Melbourne.

Bone broth is the thickest of the three and is made from just bones and water, simmered for a very long time, up to 48 hours. Bone broth is thicker and more gelatinous than stock and will thicken when refrigerated; when you make it, try adding a few tablespoons of apple cider vinegar, which create an even richer finished product. It’s great for sipping on its own (it has some major health benefits) and can be used in soups too.

How to make stock from food scraps in a pot?

The core things you need to make stock are animal bones, vegetables, herbs and lots of cold water. You will need the leftover bones and skin (with just a bit of meat) from one large chicken or the equivalent of various chicken pieces for basic chicken stock. You will also need one large carrot, one large onion and one large stock of celery. All cut into large pieces—season with salt and about ten peppercorns. You may also add herbs like bay leaves or parsley if you would like.

Add all of the ingredients to a large stockpot and cover with cold water. Cover the pot with a lid and bring to a boil, then immediately lower the heat to low and simmer for 2 1/2 hours. Using a fine-mesh sieve, strain the stock and discard any solids. Cool to room temperature, and then refrigerate for up to 3 days or freeze for 6 months.

While saving meat carcasses is a great way to be thrifty, you can still make stock at home without a freezer full of bones. If you’re not using leftovers, you can buy soup bones from your butcher.

To start, you will need turkey, chicken or beef bones. For turkey and chicken, wings, legs and backs are your go-to pieces. For beef, marrow bones, oxtail and beef shanks work well. Roast these pieces in the oven until they are golden brown. 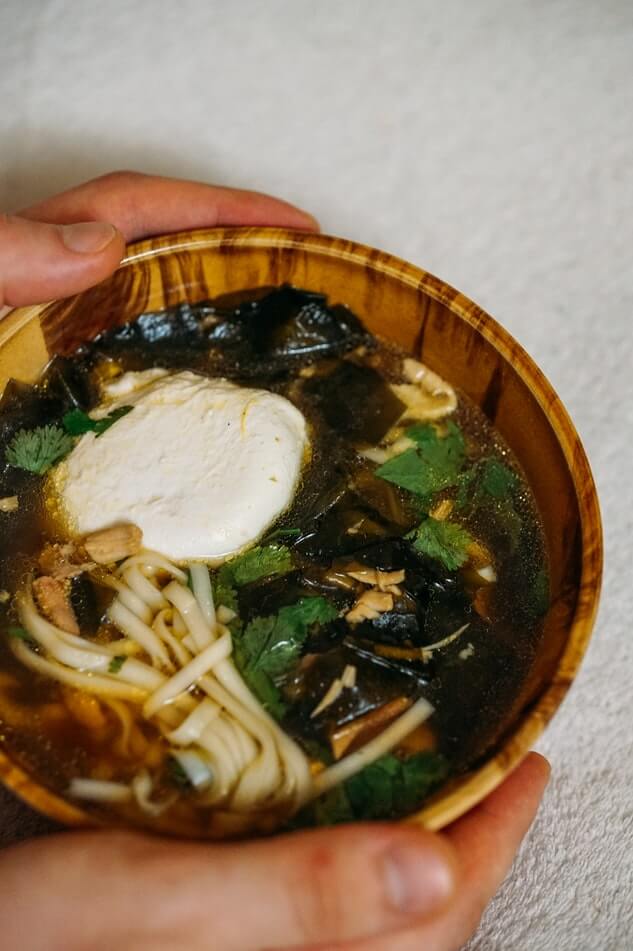 After that, add the meat into a stockpot, cover it with water and bring to a boil. Cover the pot with a lid and then lower the heat to low and simmer for at least 4 hours, skimming the fat occasionally. Using a fine-mesh sieve, strain the stock and discard any solids. Cool to room temperature and refrigerate. After the broth has cooled, remove the top layer of fat. Refrigerate for up to 4 days or freeze for up to 6 months

What are the seven main health benefits of bone broth?

Once upon a time, grocery stores only sold canned broth, remember that? Now there are rows and rows of colourfully printed boxed broth to choose from. And even more, we’ve moved beyond the expected beef and chicken: seafood, vegetable and other specialty flavours have popped up (Vietnamese-inspired pho broth, anyone?). And then came stock, broth’s big contender in the aisle, which has the same ever-growing selection of fancy labels and flavours. So unless you are brand-loyal, how does one choose? And since most recipes will be successful with broth or stock, which is better when making chicken soup? If health is a concern, then there are a couple of simple ways to compare them.

A deeper dive: Homemade or store-bought stock gets all the good stuff — gelatin and proteins released from the simmering bones make for a richer and deeper flavour. Plus, the stock gets help from mirepoix (that’s a fancy French word for the trio of chopped carrots, celery and onion) and aromatics like herbs and bay leaves and will cook for hours. In contrast, broth relies mostly on meat as a flavouring, simmering for less time leading to a slightly less robust flavour that usually has more sodium.

Bone broth is associated with collagen, a structural protein found in skin, cartilage and bone. When boiled, the collagen in connective tissue is broken down into gelatine and various other health-promoting amino acids, for example, glycine and glutamine.

Good for digestion and gut health

Gelatine is the most abundant protein in bone broth. Once in the digestive tract, gelatine can bind with water to support the healthy transit of food through the intestines.

Emerging scientific research suggests that gelatine, alongside other amino acids found in bone broth, may have therapeutic potential in inflammatory bowel disease.

Not only is the small intestine the primary site for nutrient absorption, but it is also the first line of defence in our immune system. If the gut barrier becomes damaged or ‘leaky’, this can disrupt immune function. The amino acids found in bone broth may exert a protective effect.

A recent study concluded that intravenous supplementation of the amino acid glutamine could support intestinal barrier function in critically ill patients. Similarly, supplementation with glycine was able to increase intestinal immunity and microbial diversity in mice.

Supports the production of anti-ageing molecules

Consuming 300ml of bone broth has been shown to increase plasma levels of the precursor amino acids glycine and proline required to form collagen.

Gelatine may also be beneficial for injury prevention and tissue repair. For example, a 2017 study found that supplementation with gelatine alongside vitamin C improved collagen synthesis post-exercise and repaired tendons.

The amino acid glycine, present in bone broth, has multiple functions in the body, including supporting healthy sleep patterns. For example, research shows dietary glycine has proved effective at improving the sleep quality of patients with insomnia. It is thought that glycine exerts its effect by regulating our internal body clock and lowering our body temperature to prepare us for sleep.