The broth is used in everything from soups to sauces to casseroles and is one of those staples that you always want to have on hand in your kitchen. Sometimes, though, you might not realize you’re out and need some for a recipe. Of course, you can make your own chicken broth, beef broth, or vegetable broth if you have the time. If dinner has to be served ASAP, however, you will need a broth substitute that is quick and easy. So, for those moments, you can turn to a few simple substitutes.

Some broths are more interchangeable than others. For example, vegetable broth swaps more seamlessly for chicken or beef broth than chicken broth does for beef or vice versa. But, if you are in a pinch, and your recipe calls for chicken broth, and all you have is beef broth, you can substitute one for the other without ruining the dish. You will notice subtle changes in the finished dish’s colour or flavour, but it will still taste great, and it will get dinner on the table on time.

If you don’t have any kind of broth on hand, you can resort to bouillon cubes or granules to make a broth substitute. To create the equivalent of 1 cup of broth, combine one cube or one teaspoon of granules with 1 cup of boiling water and mix until the bouillon dissolves. Scale the recipe up to make as much as you need using these ratios.

Keep in mind that bouillon tends to be saltier than broth, so you might want to omit or scale back on any salt called for in the recipe. Also, resist the temptation to just sprinkle the bouillon granules directly into the recipe—the water is the key, effectively turning the bouillon into the broth.

Bone Broth Alternatives If You Don’t Have Time To 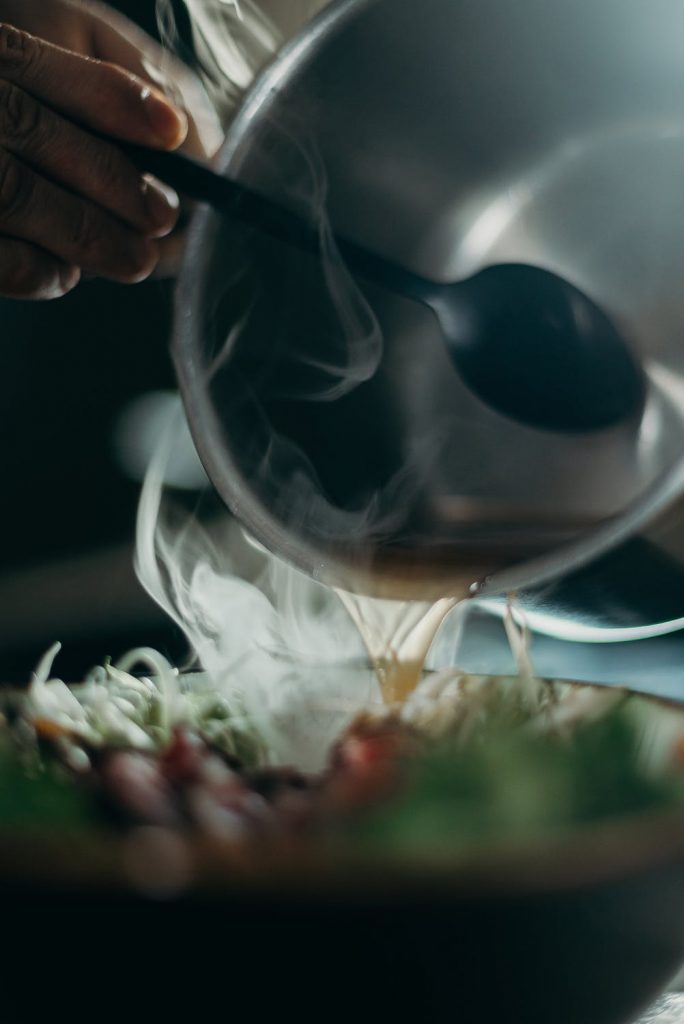 When you boil bones, it releases nutrients into the liquid and creates an incredibly nutrient-dense broth. Unfortunately, no bone broth alternative gives all of these same nutrients and benefits. However, some options come close.

Bone broth contains many nutrients, but its main benefit comes from the gelatin it contains. Gelatin is just collagen that has been boiled down. When it is cool, it forms a gel. When heated, it liquefies.

I love making desserts out of gelatin-like gummies and puddings. You can also use gelatin powder in recipes like soups, sauces, and even for DIY mayo. My eBook, The Gelatin Secret, contains lots of easy-to-make paleo-friendly gelatin recipes. Bone Broth has a wide range of best bone broth recipes in Melbourne.

Just remember that the quality of your gelatin matters! The gelatin in supermarkets usually contains additives and is so highly processed that the nutrients have been destroyed.

The two are the same thing. The only difference is that gelatin gels and hydrolyzed collagen won’t. Read about the difference between gelatin and collagen.

Because bone broth is so trendy, there are now a few brands that sell it. Just be warned that these may contain harmful additives or tons of salt. I would rather make my bone broth. If you make bone broth in a pressure cooker, the process is really simple. You can just make a huge batch and freeze it in small portions for later use.

Bone Broth Alternatives If You Hate The Taste

When people try bone broth for the first time, they usually expect it to taste like soup stock. But, surprise, surprise – the two taste nothing alike!

Where stock has a salty, flavorful taste, bone broth is bland and has an oily texture.

Please don’t give up on bone broth right away! I’ve got some tips to make your bone broth taste great:

You found the most scrumptious recipe for chicken pot pie soup and can barely contain your excitement, so you head straight to the store with your ingredient list, then rush back home to start cooking your dream dinner. Alas, when you start taking the groceries out of the bag, you realize you’ve made a terrible mistake: You forgot the chicken broth. Do you A. Delay your dinnertime gratification and schlep back to store B. Hold back tears and call for pizza delivery or C. Roll up your sleeves and press on despite the absence of an important ingredient? Hold on, we’ll answer for you—the correct choice is C. We tapped the experts for the best swaps (i.e., our chef pal), and it turns out there’s at least one suitable substitute for chicken broth already hanging around your kitchen. Check out our Melbourne best bone broth benefits here.

Don’t be shy to straight-up swap water for chicken broth. Yep, water is a perfectly acceptable 1:1 substitute for chicken broth, and it happens to be our favourite out of the bunch since it doesn’t require another grocery store run. So hear us out: Soups, stews, sauces, and more are typically full of aromatics and flavourings that simmer in water, which means you’re building your broth anyway. Just be sure to taste your dish and adjust the seasoning accordingly since you’ll likely need to amp up the flavour with more herbs, salt, and other flavour boosters (Parmesan rind, anyone?).

Try this trick: Dissolve an old school bouillon cube in hot water as directed and use the liquid as a 1:1 swap for chicken broth. If you go this route, consider using less seasoning than you typically would for the dish since bouillon cubes (i.e., tiny salt bombs) are typically more potent than both store-bought and homemade broth, even when diluted per the instructions. 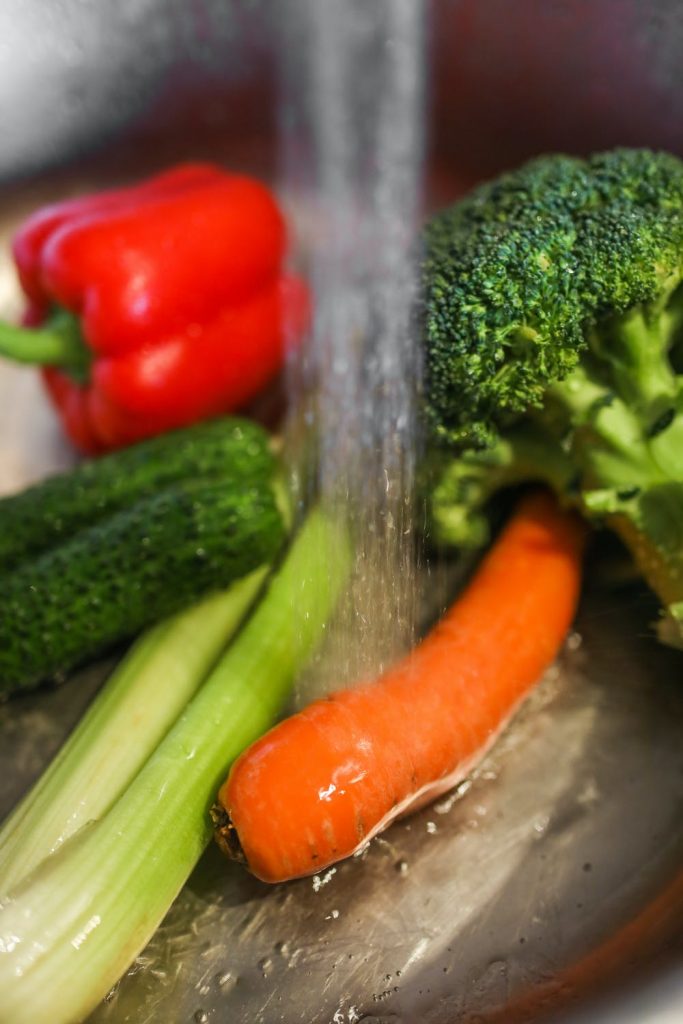 If you have some hanging around and are short on time, you can, of course, use boxed vegetable stock, but know that the store-bought variety tends to be dominating in flavour. So instead, our chef expert suggests home cooks make their veg stock from whatever is in the fridge for a more subtle flavour. To make a vegetable stock, simply simmer the trimmings of any veggies you have on hand—mushroom, onion, carrot, celery—along with some aromatics like bay leaf and thyme. The quick and easy process can be achieved in as little as 20 to 30 minutes—basically the time it takes to complete the remaining dinner prep—and the flavour boost is worth the effort. Note: This is another 1:1 substitute, but we recommend accounting for ¼ to ⅓ cup of lost liquid when measuring out the water before simmering.

The next time you drain a can of chickpeas for a salad or some black beans for taco Tuesday, don’t let that liquid go to waste—it’s a rich, flavorful stand-in for broth that you’ll be happy with with with to have handy. As a substitute for chicken broth, you’ll want to dilute the bean liquid with equal parts of water since the bean juices are so starchy on their own. The watered-down mixture can then be used as a 1:1 swap in any recipe that calls for chicken broth.

There’s a laundry list of health benefits of bone broth. For one, it’s a great source of protein (about 6 grams per cup) and minerals like calcium, phosphorous (good for bones and teeth), and potassium, which helps move nutrients into cells and waste out of cells. That’s not all. Keep reading for more of the benefits of bone broth.

Heal and seal your gut.

One of the main bone broth benefits is for your gut. A cup of bone broth a day can help with the leaky gut syndrome, but it’s also good for protecting non-leaky guts, according to Jill Grunewald, a holistic nutrition coach and founder of Healthful Elements. The gelatin in the bones typically used for broth (such as knuckles, feet, and other joints) is said to help seal up holes in the intestines. (People who have leaky gut syndrome have a porous intestinal lining.) This “patching” can help ease chronic diarrhea, constipation, and even some food intolerances. Not to mention, it goes down easy; that’s why dietitians recommend broth as one of the best hangover foods or for patients with food sensitivities. 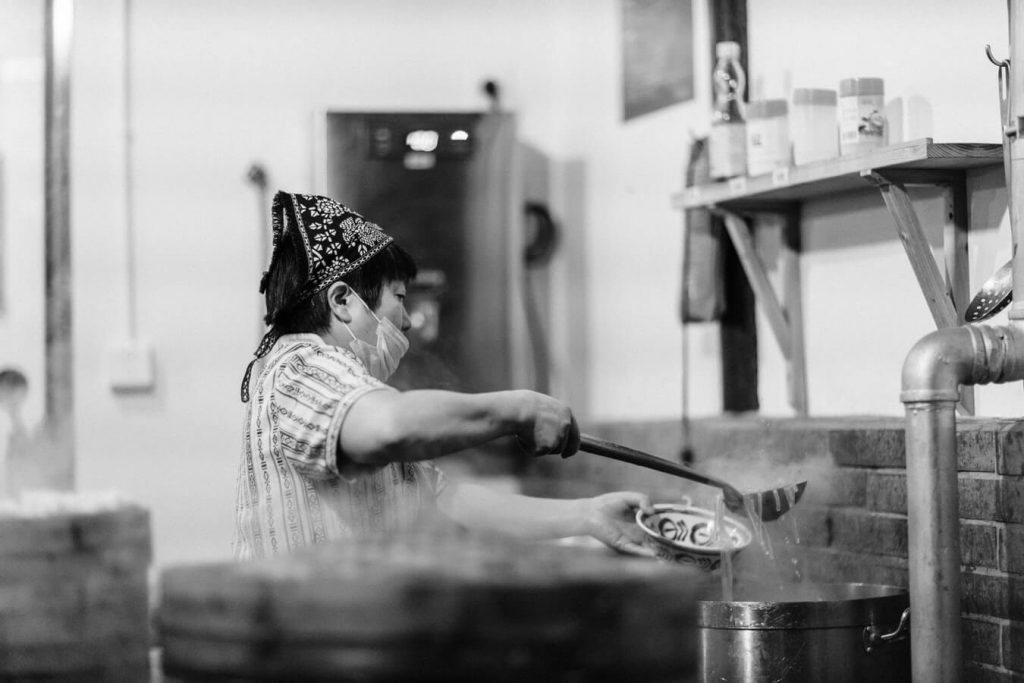 Taking glucosamine supplements has long been used as the first line of treatment for people with joint pain, but it turns out that bone broth has glucosamine, too. In addition, unlike pills, the broth offers other nutritional and health benefits that can help reduce pain. For example, chondroitin sulphate, which is found in the cartilage that protects joints, has been shown to help prevent osteoarthritis.

According to Daniel Auer, a holistic medicine doctor based in the San Francisco Bay Area, the real benefit of bone broth is the low-and-slow cooking process, which breaks down the bones and connective tissues of the meat. Then, as you sip the broth, you take in collagen (a building block of cells found everywhere from your skin and bones to your brain) and gelatin (a form of collagen that aids digestion) – both of which he says are incredibly healing.

Experts are torn on whether you can gain the skin-firming, joint-strengthening benefits of collagen by ingesting it. Still, studies have shown an improvement in skin’s elasticity and fine lines from collagen supplements. (Learn more about whether you should be adding collagen to your diet.)

Another (somewhat unexpected) bone broth benefit: Research has shown that glycine, found in bone broth, may help improve sleep and ward off fatigue. (Here are more tips on what to eat for better sleep.)

Because of bone broth’s high concentration of minerals, Mark Sisson, author of The Primal Blueprint, goes as far as to call bone broth a “superfood” that can strengthen your immune system. (Stock up on these other immune system-boosting foods too.)

The phosphorus, magnesium, and calcium in the bones seep out into the broth, leaving you to sip all those essential nutrients for your healthy bones.

Get some bone broth protein.

We’re not suggesting an entire bone broth diet. It cannot (and should not) be your only means for getting essential nutrients like amino acids. However, if you don’t regularly eat meat, one of the benefits of bone broth is that it can help supply amino acids from animal protein via bones. Amino acids are important for muscle recovery and energy – two key factors in your fitness performance.

While no one food is a magic ticket to weight loss or good health (instead, look to these five indisputable guidelines for healthy eating), bone broth is low in calories and high in nutrients, making it a great choice if you’re looking to lose weight or consume a more nutritious diet. Of course, all bone broths’ exact nutrition facts and benefits will be slightly different, but in general, one cup of bone broth has just 30-50 calories.